Is A Tomato A Fruit or Vegetable? 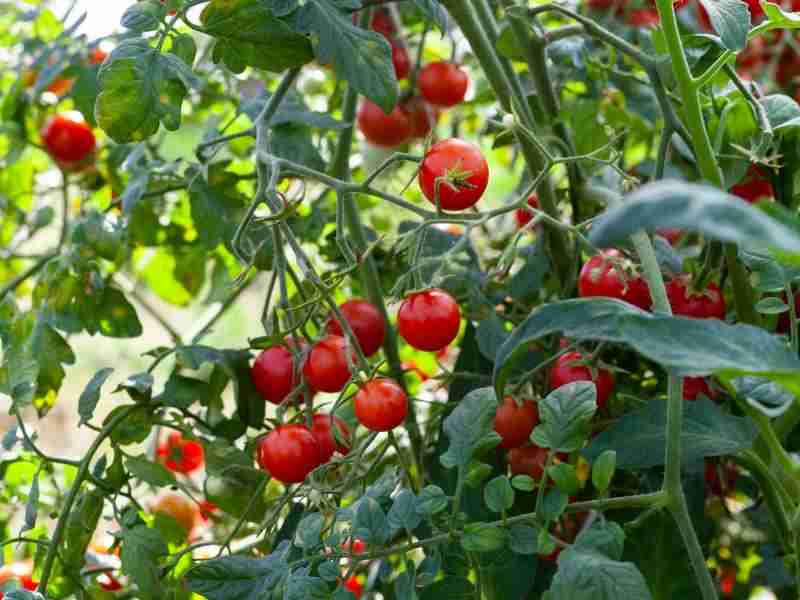 Whether a tomato is a fruit or vegetable is actually quite a loaded and debated question.  The truth is that tomatoes are both a fruit and a vegetable at the same time.

To explain this you have to look at the true definition of the terms “fruit” and “vegetables”.

Simply put, a fruit is the means that a plant spreads its seeds into the world. On the other hand, a vegetable is any plant that is meant to be consumed.

Are you confused yet?

So fruits are also vegetables, but a vegetable is not always a fruit? Hmmm.

So to sum up the loaded question of if a tomato is a fruit or a vegetable?…

Yes and no, and the USDA plant classification system is very complex and confusing.

The USDA classifies the tomato as a vegetable.

Why is there so much confusion about if a tomato is a fruit or a vegetable?

So where does all this confusion about tomatoes come from? I remember when I was in elementary school there was a smarty pants walking around talking about how tomatoes where fruits and not vegetables. That smarty pants kid thought they were so dang smart, but really tomatoes are both, or either, depending on who you ask.

When we use the word vegetable we are referring to any edible part of a plant. Merriam Webster defines “fruit” as the usually edible reproductive body of a seed plant or a product of plant growth (such as grain, vegetables, or cotton).

The term vegetable is in the very definition of the word fruit. Yep, I’m officially confused.

So let’s break it down according to who you ask.

Historically is a tomato a fruit or a vegetable?

So the debate over tomato classification has been intense and actully ended up in the supreme court.

In 1883, there was a tarriff placed on imported vegetable that helped to protect the domestic farmers. A few years later, in 1886, a farmer from the West Indies tried to import a shipment of tomatoes through the port of New York. At that time, vegetables were subject to import tax but fruit was not.

This foreign farmer argued against the tarriff which the port placed on the shipment, which they considered as vegetabels. The farmer (Nix) paid the tarriff just to get his product into the states, but later sued the port of New York. Nix argued that botanically the tomato is a fruit and should not have fallen under the vegetable duty.

The lawsuit eventually ended up in the Supreme Court. The court justices decided that while tomatoes do fit the botanical definition of fruit, consumers think of tomatoes as vegetables and that is how they should be legally defined.

Scientifically is a tomato a fruit or a vegetable?

One important factor when condsidering this from a scientific perspective is that the term “fruit” and “vegetable” have no real botanical meaning. Instead they are more defined by culture.

With that in mind, “vegetable” usually indicates all the edible parts of a plant, while “fruit” usually refers to the part of a plant that contains the seeds. So, the flowers, leaves, stems, and fruit all are part of the vegetable as a whole. Botanically, the tomato is classified as a fruit.

Vegetables encompass all other edible parts of a plant that aren’t fruit, including roots, tubers, stems, and leaves. Potatoes, carrots, greens, fennel bulbs, and onions are examples of true vegetables.

So what about tomato farmers? What do they think about it? The farming industry classifies the two in the following way:

So within the farming industry since tomatoes dont grow on trees they are vegetables.

Another argument made for the tomato as a vegetable is that it grows on a plant that only lasts one season, or an annual. In vegetable farming, the plant is finished when the vegetables are harvested. This is also the case with tomatoes.

So if a tomoato was picked from a tree, like an apple, and the tree when on to live many years and produce more tomatoes then it would be considered a fruit by farmers.

Culinary is a tomato a fruit or a vegetable?

Culinary speaking we need to look at how we use tomaotes in our every day life. Where do you find tomatoes in the supermarket? Usually they are in amongst the other vegetalbe and away from the apples and pears.

So is a tomato then a vegetable or a fruit? We mainly use tomatoes in entrées and savory dishes such as sauces, soups, and salsas. From a culinary perspective the tomato is therefore clearly a vegetable.

Tomatoes are the fruit of a tomato plant which is a vegetable. So call them whatever one you want either way tomatoes are delicious and nutritious, so keep on growing and eating those tomatoes.